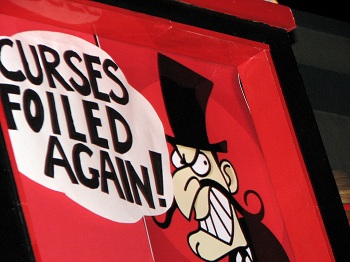 With news that payday lenders such as Wonga are offering 60-day repayment periods on their products for Christmas, it’s more important than ever to avoid them.

At first blush the fact that there are payday loan companies offering twice the amount of time to repay your short term loans in full is a boon to borrowers, especially over the festive season when costs traditionally run high for so many British Christmas celebrants. However, just because the opportunity has been made available to take 60 days between loan and repayment has been made does not mean that the economy of taking out the loan in the first place is any less false, as high interest rates on these loans will make the cost of repayment absolutely eye watering.

A roll over by any other name will smell as foul

One of the most reviled procedures regularly practiced by payday advance companies for when their borrowers fail to repay on time – an instance that occurs all too often unfortunately – is the dreaded roll over, where borrowers are ‘given’ an additional month to come up with the cash in return for another 30 days’ worth of interest, along with some rather weighty administration charges and late fees. No one likes having to roll over a payday loan except for the lender, and most work hard to avoid such a fate, since a rolled-over loan is prohibitively expensive to repay.

However, these new 60-day repayment periods are nearly analogous to a rolled-over 30 day loan in almost every form. While it is true that the single two-month loan is less expensive to repay than a rolled-over 1 month payday loan, it is only marginally so due to the lack of late fees; the bulk of the cost of repayment comes from the massive interest charged to borrowers – and at Wonga’s standard 4,214 per cent APR interest rate, that interest is astronomical and crippling.

Payday lenders often have a captive audience because they are sometimes the only game in town when it comes to supplying instant cash loans on little to no notice and for short periods of time. This is something traditional lenders can’t or won’t provide to prospective borrowers, especially those with less than perfect credit, leaving many Brits in dire financial straits feeling as if they have no choice in the matter but become a payday loan borrower.

However, that’s no longer the case; in fact with the lengthening of the payday loan cycle to 60 days this actually erodes the efficacy of payday lending in general when there are dozens of credit unions across the country looking to wrest beleaguered borrowers from the grasp of these legal loan sharks. Many credit unions are even beginning to offer expedited applications in order to compete directly with payday lenders while also offering repayment terms that are closer to 20 per cent than they are 4,000 per cent!

© 2012 All rights reserved. Reproduction in whole or in part without permission is prohibited.